Sachs and the City

Now you get to find out, who was superfabulous who? at the Tom Sachs gala plus a little extra. 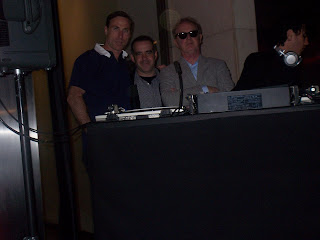 The guest of honor, the sensational Tom Sachs, and amazing Andrew 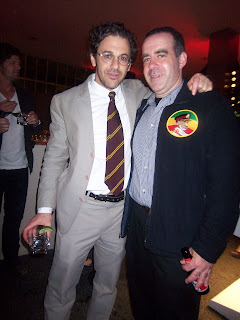 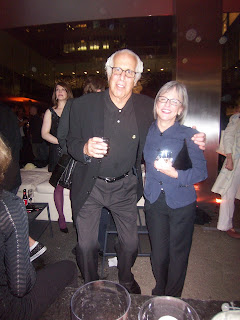 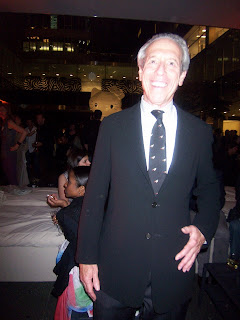 Andrew is catching up with Cecilia Dean of Visionaire and David Selig, owner of the Rice restaurants. David recommended a celebrated spice shop called Kalustyan's (123 Lexington Avenue). He told me that it is really something to see, and that all the great chefs from New York shop or have shopped there, including Julia Child. 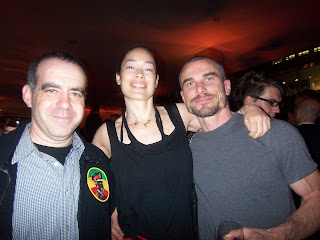 Bowman Hastie, Hayseed (Tom's assistant) and his girlfriend, Jenn are enjoying the party. Bowman's boss is the renown artist, Tillamook Cheddar aka Tilly, a Jack Russell Terrier from Brooklyn. He was formerly a member of the band Whizzy Beat with Peter Dinklage. Right now Bowman is listening to Notorious BIG-Party & BS remix by Ratatat, and his most prized possession is his Tilly art collection. Hayseed's song of the moment is Stranger by the Kinks from the movie Darjeeling Unlimited, and his favorite object is a beautiful wood ashtray from a machine shop. 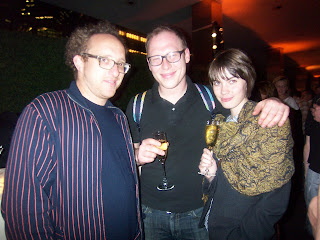 Pictured are Sharon Ryan, Josh White, Mark Rossi, his girlfriend, and a Gagosian Gallerina. Sharon Ryan and Josh White are artists from Los Angeles. Josh is a photographer specializing in the documentation of architecture, and has worked with Frank Gehry, Rem Koolhaas, Richard Meier, Jeff Koons, and Robert Therrien. Mark Rossi is a fabricator for Jeff Koons. His most prized possession is a tiny aluminum capsule with a love note from his girlfriend inside. He and Josh make custom bikes, and just delivered one to Tom. Mark's song of the moment is Bron Yr Aur by Led Zeppelin. His girlfriend's song of the moment is Train in Vain by the Clash. 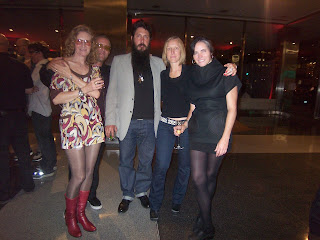 Don't you love their glasses? 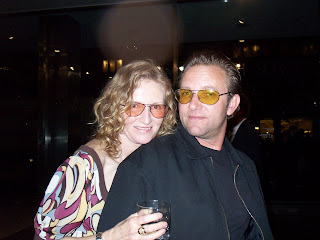 Doug Starn of the brilliant Starn Brothers and his wife, Nancy Bressler, were taking in Tom's amazing work. 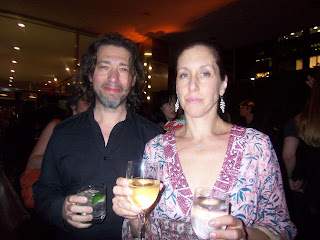 Painter and sculptor, Hope Atherton, Anne Pasternak, and Mike Starn, the other brilliant Starn Brother, were catching up. Anne is the President and Artistic Director of Creative Time, a nonprofit organization responsible for public art projects all over the City. Her organization commissioned and presented The Tribute in Light, the two beacons of light that rose from the former twin tower site 6 months after September 11th to honor the lives that were lost. 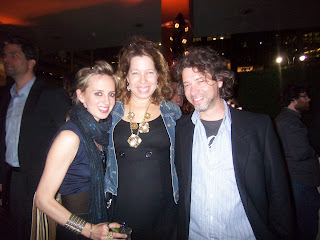 Hope Atherton's arm candy (some YSL mixed in with some ethnic jewelry)
A great style statement! 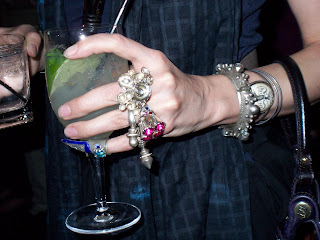 Joe Coleman, the apocalyptic visionary painter, and his wife, Whitney Ward, the photographer, very graciously let me take their picture and go on a little adventure with them. As it turned out, Whitney is the gatekeeper to the dungeon beneath the Hello Kitty Robot sculpture. 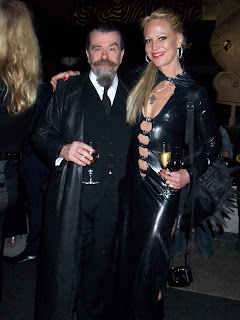 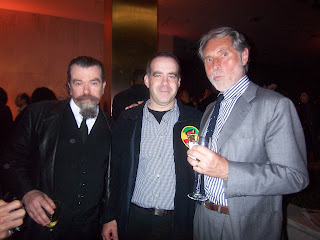 Mischievous Joe and Whitney trying to unlock the door to the dungeon, 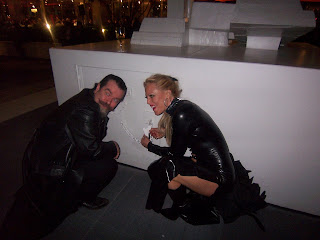 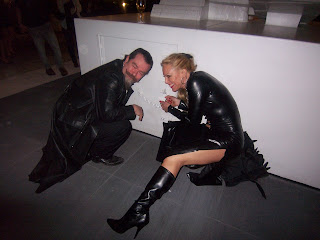 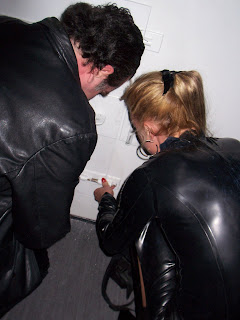 to no avail. Oh well, it was an adventure trying. The key worked, but the latches were stuck.

The fashion photographer, Mario Sorrenti, was also enjoying the show and the evening. 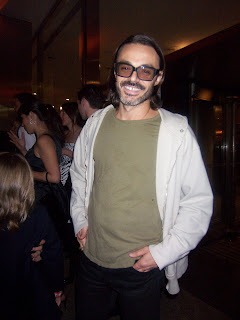 John Ferguson, a sculptor and former assistant of Tom Sachs, catching up with friends. 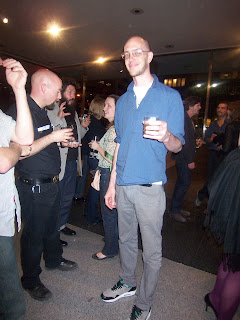 The only person who refused me a photo was Jeffrey Deitch, the cutting-edge art dealer and adviser; he was camera shy, but I bet he regrets not finding himself on this superfabulous blog. I wonder if he would have posed for me if he knew we went to the same university. I hope you enjoyed meeting this unusual cast of characters. Tune in for some more party antics early next week.

Corm style is implemented for the harpies of the individuals. All the issues o the style and american based essay writing companies have been ensured for the humans. The struggle is hidden for the formation of the brick paces for the humans for all items for the people.