This morning, there was a breakfast and book reading/signing by Simon Doonan at Barney's to celebrate his new book, Eccentric Glamour: Creating an Insanely More Fabulous You. He told his audience that there were two main reasons he decided to write this book. First, most actresses are dressing with no personality; he believes they are afraid of taking risks because they don't want to be mentioned on worst dressed lists. He said that most actresses are dressed like they are going to the country club. Further, he thought this uniformity might be due to the advent of stylists. Second, he thinks many women are dressing like prostitutes and end up looking like Bratz dolls. Simon says, "Say no to ho; say yes to glamour and eccentricity". Who can argue with that? 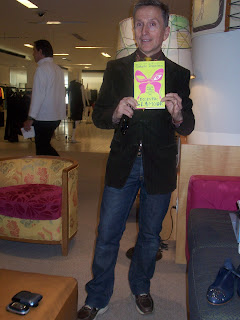 Look at Simon's awesome Hogans. I love Hogans; they are supercomfortable, good looking, and give one a little extra height. 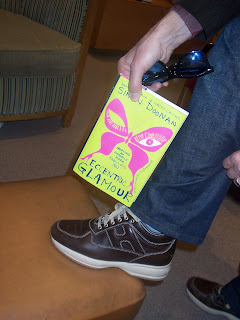 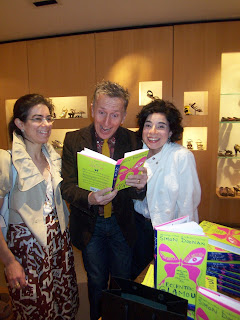 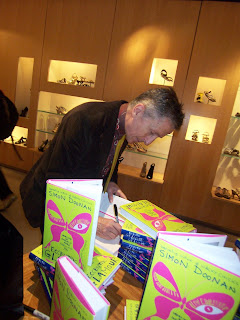 Simon with Cynthia, one of my new contributors, and her mother 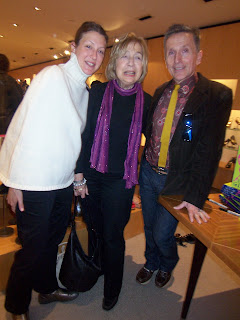 Simon told me that hats are of the moment, as evidenced by Sarah Jessica Parker's appearance at her London premiere. 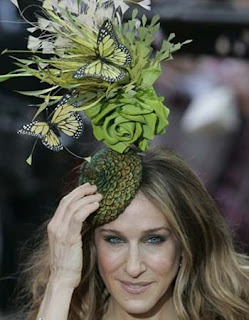 Simon said forget about bags and shoes, think HATS! I might have a difficult time following this one as you will see in the pictures that follow.

Simon's music of the moment is Madonna's (aka Madge) new album, and his favorite song on the album is 4 minutes featuring Justin Timberlake.

The book reading took place in Barney's shoe department. So as you can imagine, there was a lot of eye candy. I think money, jewels, and vibrant colors and patterns are of the moment. 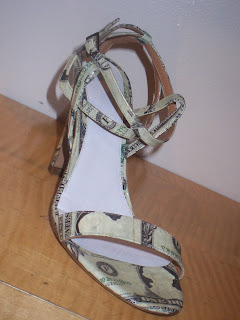 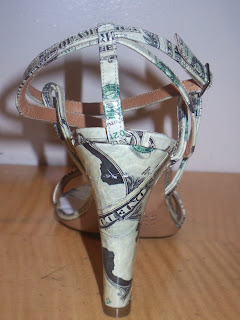 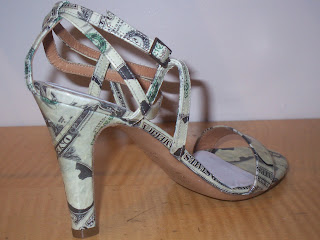 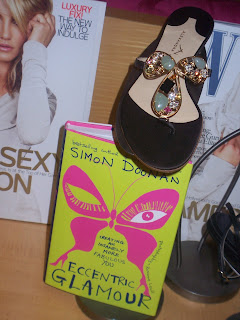 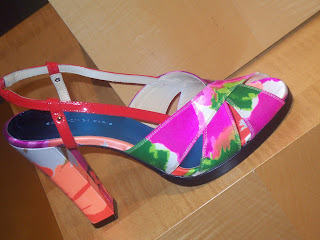 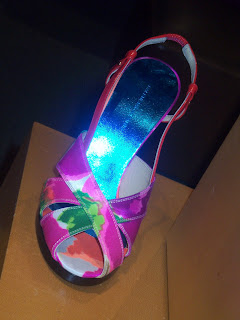 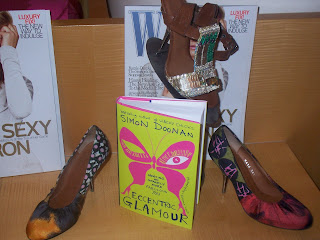 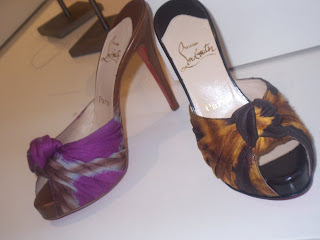 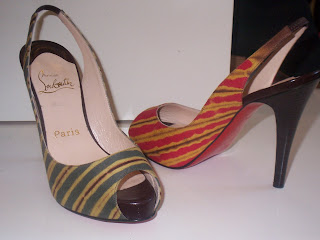 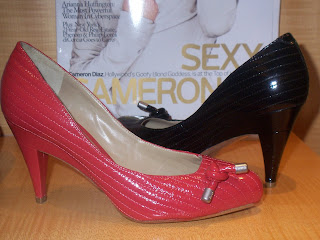 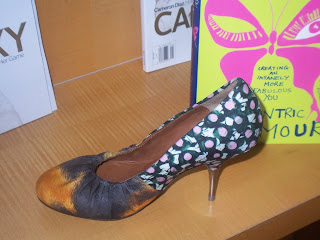