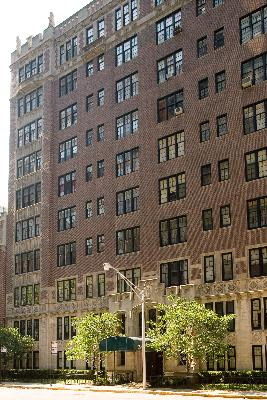 At 5, I was cutting out the jewelry from Tiffany catalogues and taping it to my body.

When I would go to Tiffany with my parents, I would try on all the jewelry dripping with diamonds, rubies, sapphires, and emeralds
(the bigger, the better!).

At 12, I was obsessed with my mother's red Valentine typewriter.

My parents taught me to always look for good value. Always buy on
sale. Always do a little research. Always try to bargain where there
is an opportunity to do so. This last one comes up more often than you
would think.

Well anyway, by the time I was 15, I went to boarding school in
Connecticut. 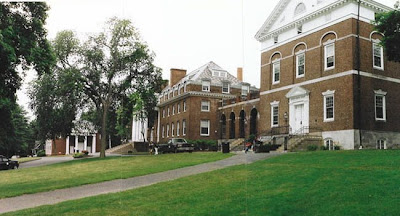 Moving to the East Coast changed many of the ideas I had
about fashion. Growing up in Chicago, I never knew there was a
dichotomy between city clothes and country clothes, and that both
could be superfabulous!

I visited New York City often, and knew that when I was ready to live
on my own, it would be there. After Choate, I went to Wesleyan
University, and further refined my ideas about fashion and life. It
was always outside my other studies through observation and reading. During the summers of college, I lived and worked in New York City at Bergdorf Goodman and Bonwit Teller.

Fast forward to looking for my first job. I needed dollars for sure,
so retail wasn't looking so good and I didn't have any concrete ideas
for my future other than living large in New York City.

I responded to many ads in the newspaper; unfortunately, I was overqualified for all of them. I had interviews through family friends, but none of those panned out when I could not answer the question, where did I see myself in 5 years?. Who knew?

Finally, while I was waiting in line for the restroom at the Tunnel
with my apartment mate (who also happened to be a roommate from boarding school), a woman came up to her and asked for a cigarette. My roommate said, "I'll give you a cigarette, if you give my roommate a job".

The woman said sure, if she can remember my name and number by Monday. None of us had any paper or pen to write down this info. Well, I was so desperate for a job by then, my memory went into overdrive. I made the call on Monday, and when she told me I needed to send in my resume, I thought I was robbed, but it all worked out and I got the job.

After 3 months, my mentor moved to KPMG Peat Marwick, and so did I. I met my husband there, ended up going to Tokyo with him and the company for 2 years.

The experience in Japan was amazing from a fashion and
design point of view! After the birth of my first son in 1994, I
retired.

My life, for the time being, was about him. My friends who had
children the same age as my son asked if I wanted to join some benefit
committees of events for children. I really enjoyed this work, and
knew these events were making a difference. However, I wanted to
become more involved and work directly with children or others who
needed assistance. A couple of years after my second son was born, I
joined the New York Junior League and was able to volunteer a couple
of hours a week at charitable organizations throughout New York City. 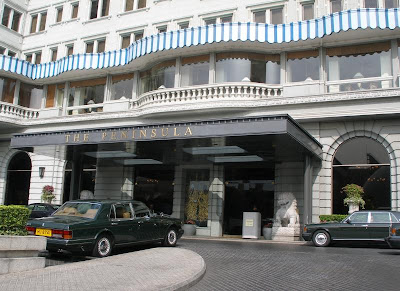 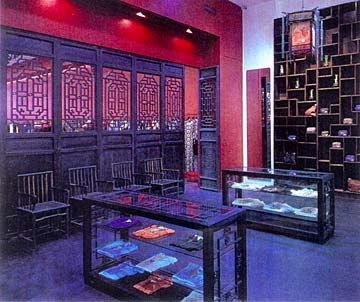 Many great adventures in fashion, food, fun, and design were had. I
constantly visited the many Chinese antique shops, and designed some
furniture for my home.

Upon returning to New York in 2000, I continued my volunteer work, and did the design work in my current residence.

My volunteer work started to lead me in many directions, beginning
with the New York Junior League then Central Park Conservancy, the
Children's Museum of Manhattan, Grand Street, The Costume Institute at the Metropolitan Museum, and P.S. 6 where I am a Learning Leader.

This brings me to the present - KromStyle.
Growing up, I was always called Elizabeth. At boarding school, people I didn't know very well were always trying to call me "Liz", a name I find very unattractive, for me anyway. My nickname in boarding school became Krom, a shortened form of my last name.

When I arrived at college, the "Liz" thing was happening again. The 3rd floor of my freshman dorm hall had a meeting, and one of the items up for discussion was what I was to be called. Everyone thought Elizabeth was too much to say so everyone offered other options such as Beth, Betsy, Liza, Eliza, etc. "None of them me", I told them.

I told them the story of my boarding school nickname, and they thought the name Krom was silly. Finally, someone came up with the suggestion of Ellie. I thought this wasn't so bad. There was something cute and old-fashioned about it that I liked, so I said, "OK, Ellie it is".

The next weekend some of my friends from boarding school came to visit, and they thought the whole Ellie thing was ridiculous. They, of course, called me Krom the whole weekend, and then everyone else realized, I was Krom.

The website KromStyle is the culmination of my devotion to Fashion and Living Large.
Posted by New York, New York at 11:59 AM