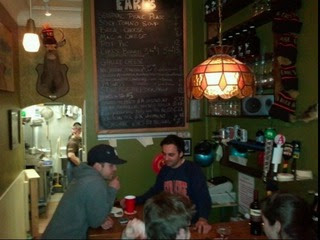 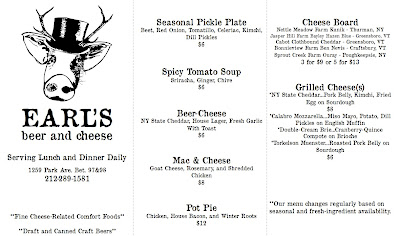 Because we rushed straight from hockey, we ordered lots of stuff. 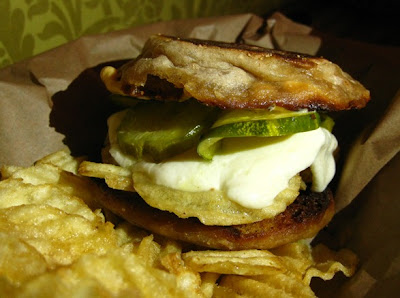 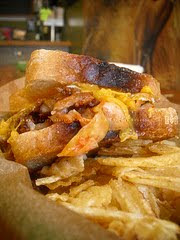 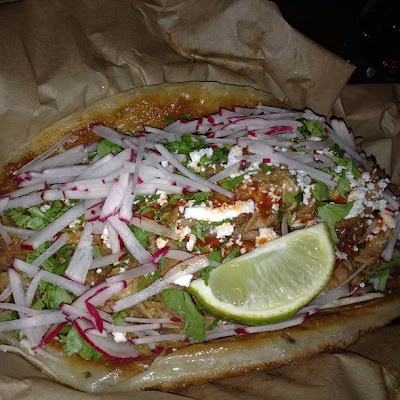 Mac and cheese made of goat cheese, rosemary, and shredded chicken rounded out the order. The two grilled cheese sandwiches and taco were uneffingbelievable. Next time, I would pass on the mac, but there's lots of other stuff I want to try. We wanted to get the Bread Pudding which is subject to availability, but we didn't know its preparation would take 45 minutes. Armed with that knowledge, we would have ordered it when we ordered our beers and sandwiches.

One downside to this place is that, in addition to a wide variety of craft draft and canned beers and organic wines, the only beverage is water. That being said, my beer was excellent, but you know how I feel about iced tea and refills thereof.

The chef, Corey Cova, previously worked in the galley of a Navy submarine and the kitchen at Momofuku Ssäm Bar which explains how he can work in such tight quarters and expect his patrons to do the same (ingest therein).

Earl's Beer and Cheese gets

out of 3 glasses of iced tea.

Sometimes the simple pleasures in life can be taken to an HNL.

Will have to stop there next time I am in the city. Sounds amazing.