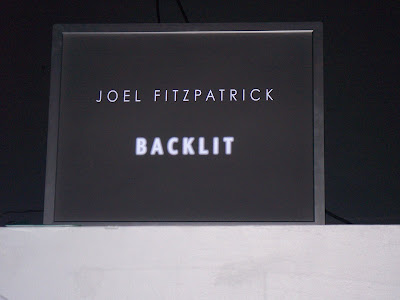 Last night I went to the opening of Joel Fitzpatrick's exhibition, Backlit. It will be on display through October 14, 2008 at GalleryBar on Orchard Street. 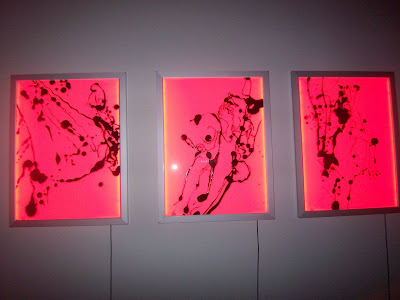 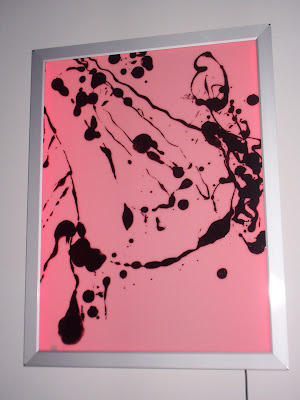 The space at GalleryBar is ideal for Joel's art. As the place is dimly lit, the artwork illuminates the space. 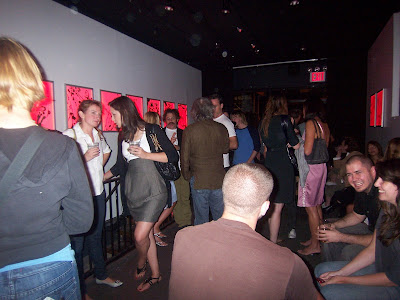 The DJ was excellent, playing classic 80's - Rod Stewart, Talking Heads - you get the idea. 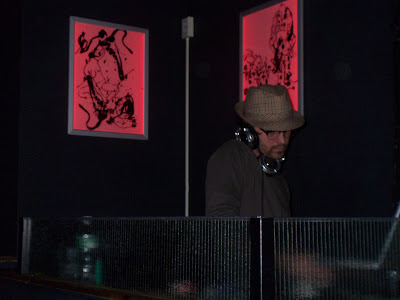 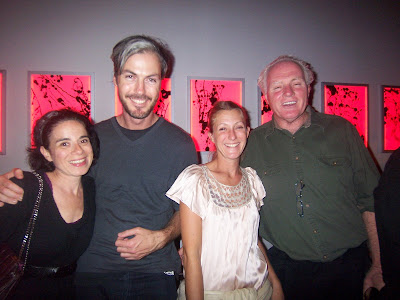 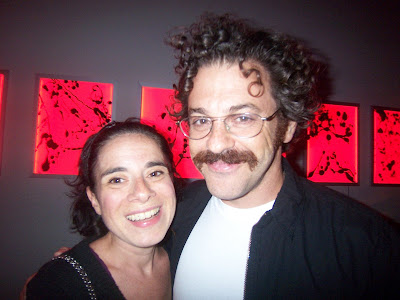 Andrew Kromelow, Artist and Friend of Joel's, Clowning Around 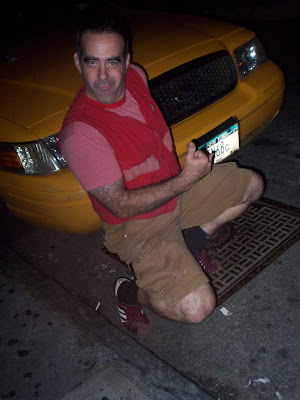 Andrew with Lisa de Kooning (artist and daughter of Willem de Kooning), left, and her friend enjoying the show. 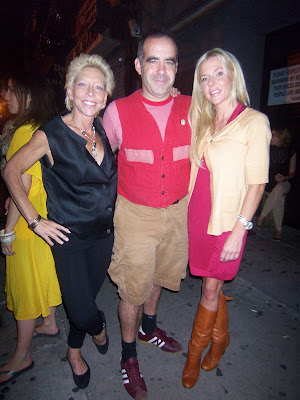 Joel's father, Robert Fitzpatrick and Andrew are catching up. Joel's father was formerly the Director of the Museum of Contemporary Art in Chicago, Dean of the School of the Arts at Columbia University, President of CalArts and CEO of Euro-Disney. Currently, he is Haunch of Venison's International Managing Director which is set to open Haunch of Venison New York in Rockefeller Center on September 12, 2008 with the exhibition, Abstract Expressionism - A World Elsewhere featuring paintings, sculptures and photographs by artists such as Franz Kline, Willem de Kooning, Lee Krasner, Jackson Pollock, Mark Rothko and David Smith. 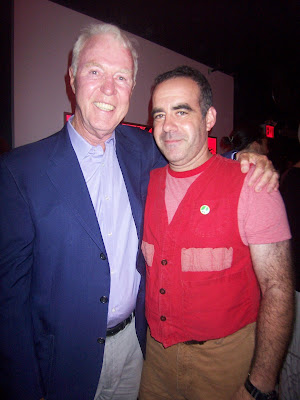 As I was leaving Joel's show, his friend Marisa Tomei was just arriving. She is absolutely lovely and gorgeous to boot. 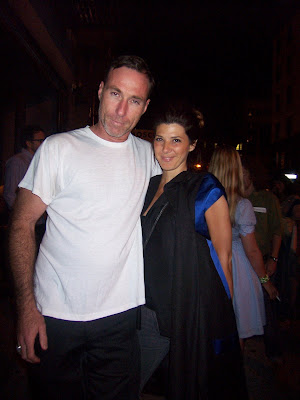