Michelle should only Shop at J. Crew

Looking at these pictures of Michelle in London, you would never know that she is wearing very expensive designers such as Isabel Toledo and Alaia, among others. These outfits come across as impersonal as outfits purchased from Ann Taylor or Banana Republic.

I think Donna Karan sums it up best with, "I hope and believe that this is just a moment...And I hope to be able to dress her, and not only dress her but address her, sit down -- I'm interested in her totality as a woman."

I think this is the reason Michelle isn't able to make the most of the clothes of these incredible designers; they have never met her so the designs seem void of that certain something that could be captured if they had the chance to get to know her and see her move firsthand.

I don't know why Michelle thinks her best friends are pearls and the cardigan. Neither serve her well. 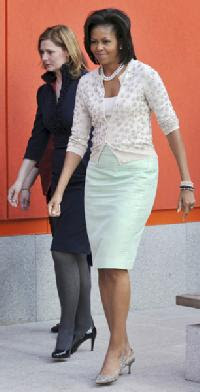 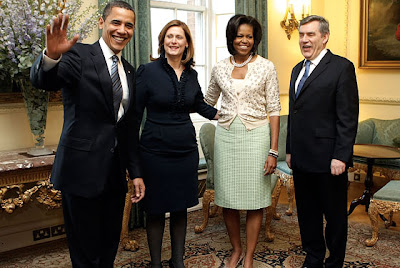 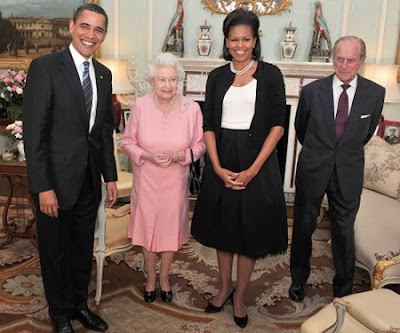 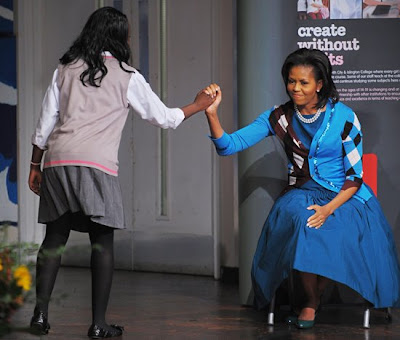 Without the pearls and cardigan, Michelle looks much less encumbered and more of the moment. 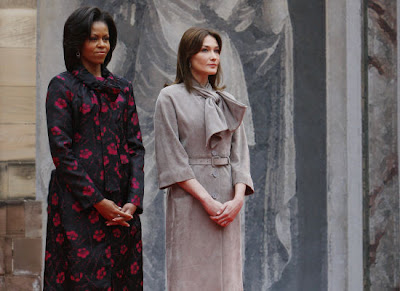 Even her shoe choice is very generic. 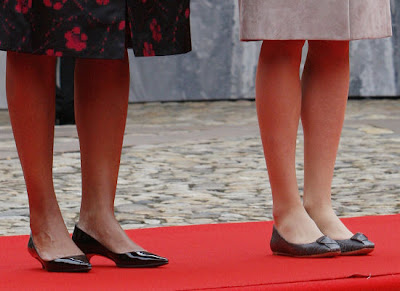 Carla looks much more like she lives in the 21st century as opposed to Michelle who looks like she is trying to live in Camelot. 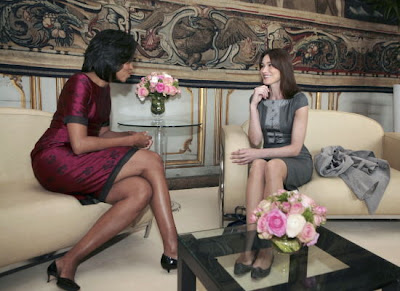 Here's to Michelle having an interest in meeting the designers that are to create her clothes!