Superfabulous Meeting of the BPs 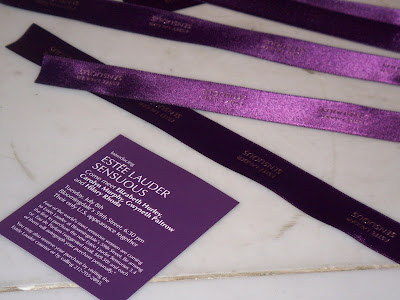 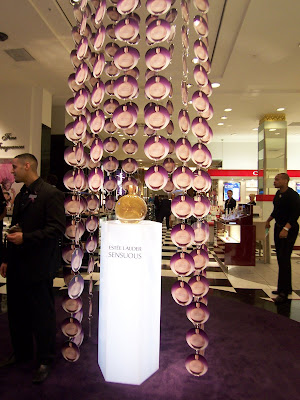 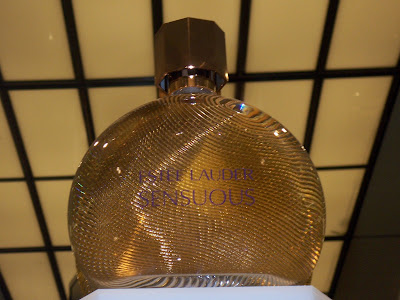 I called Estee Lauder to procure a press pass because I knew this event was going to be a circus. When I arrived at Bloomingdales, I had to check in along with the rest of the paparazzi, and I received ticket number 44. My friend, C who is working for another blog, and I were the only 2 with cute, little cameras; the rest of the paparazzi had the big guns. Basically, we were called up in groups of 10, and got about 2-3 minutes to take our pictures. [Note: It helps to be very tall if you're thinking of a career in paparazzi.]

When it was our (C and me) turn to go up and take pictures, our status as paparazzi was called into question; I think it might of had something to do with the size of our cameras. Anyway, that was cleared up; and it turned out that we were the last group to be called. I feel sorry for anyone who had a number above 48. Below are my photos: 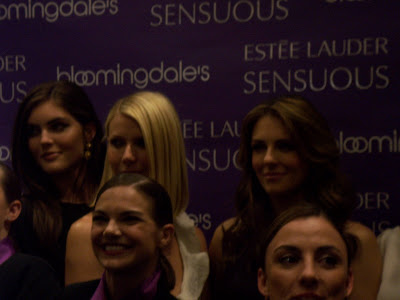 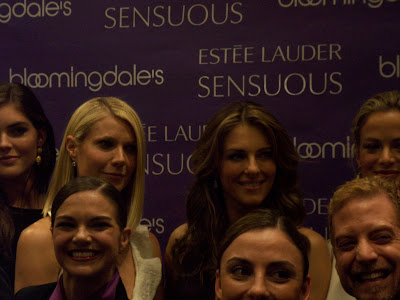 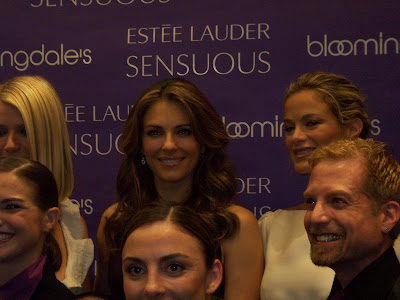 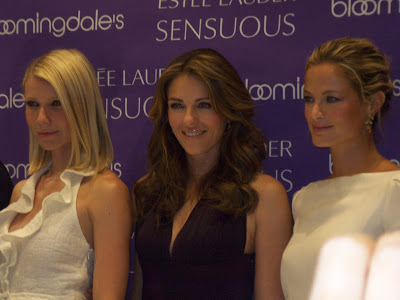 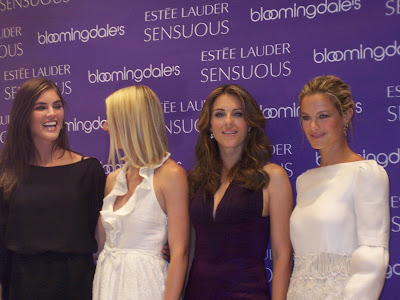 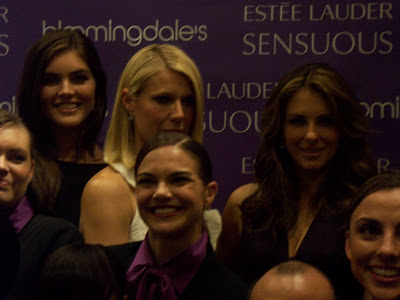 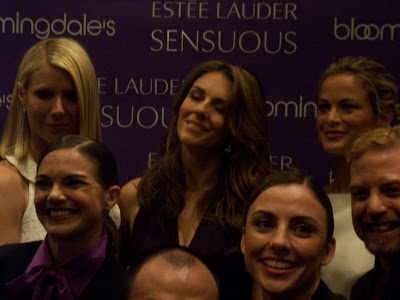 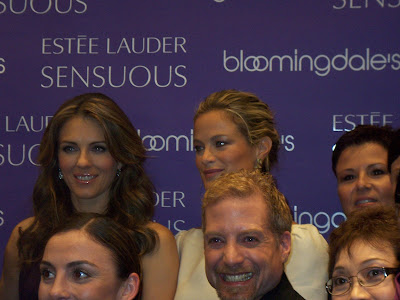 After my 2+ minutes were up, it was time to relocate to where the 4 were signing customers' boxes of perfume. Look at the horde of onlookers trying to catch a glimpse! 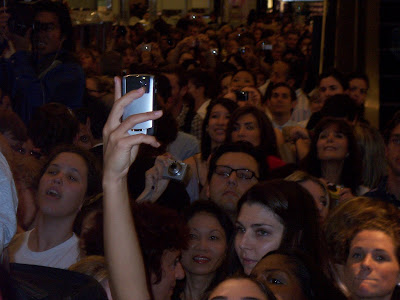 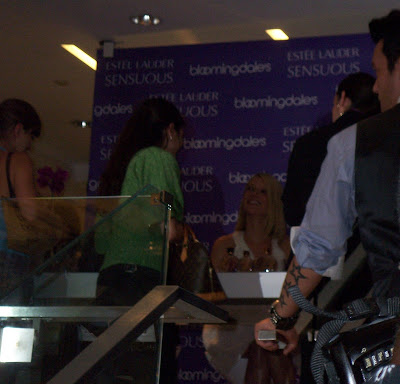 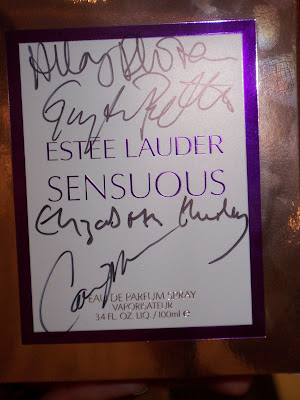 Some in the media have been critical of Harper's Bazaar's use of the 4 in its July issue. They feel Harper's Bazaar is pandering to its advertisers, but I say, "4 Superfabulous looking girls wearing superfabulous clothing, what's wrong with that?"

Gwyneth Paltrow (on cover and inside) 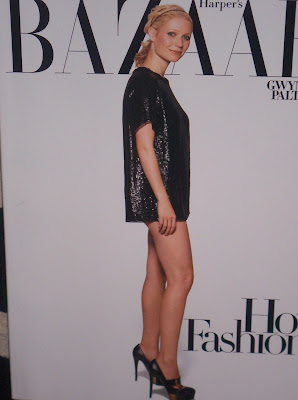 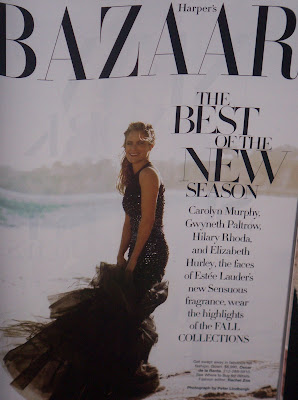 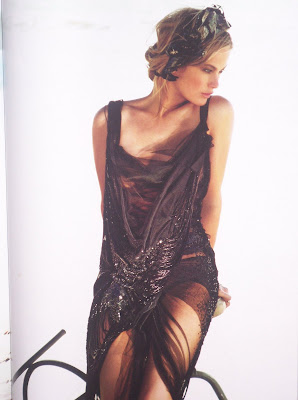 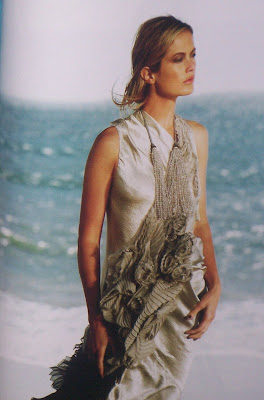 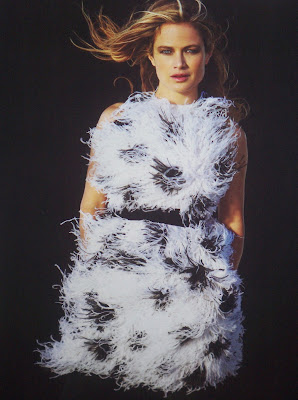 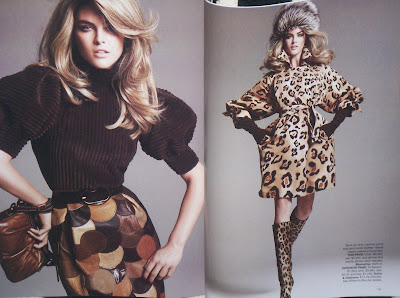 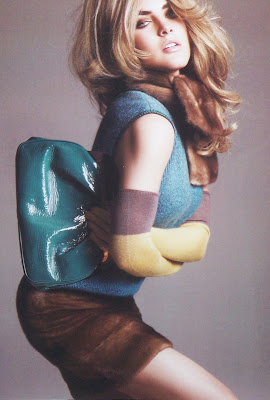 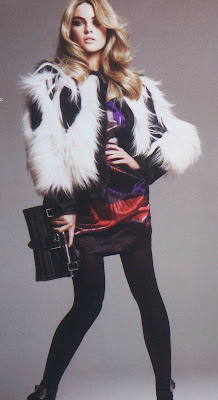 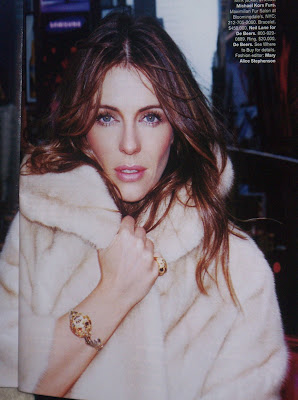 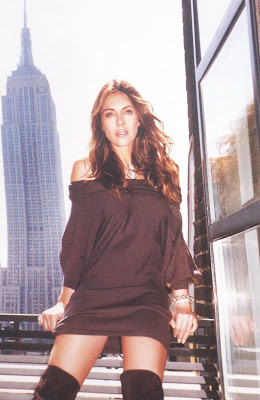 What do you think about the spread in Harper's Bazaar? Controversial or not?

I don't see what the controversy would be. Who was the most georgous? My money is on Gwynnie.

I agree with Madeleine!

Gwynnie is definitely the best looking!