One Thing Always Leads to Another

As I was putting on my hockey gear, C was telling me about 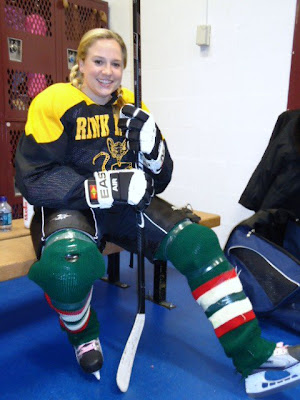 Later, when it appeared on my Mac's screen, I was so disappointed that it was not my invention, so hilarious and full of insight. A sampling, for your consumption,

If anyone understands the art of dressing to repel men, it's me, duh Courtney Love. I like to say that Man Repellers are girls after my own heart, but in this case, I think I'm one after hers. A few weeks ago WWD released a feature focusing primarily on her new blog What Courtney Wore Today. I don't mean to toot my own horn but my heterolifemate administered the interview, she rocks, I only socialize with people who rock. As one would expect, C.Love digressed while answering questions and revealed some eternal truths. One of which: “Someone from Lagerfeld’s camp told me that some of the front-row ladies wearing all the kooky stuff don’t get laid. She said that if you want to get laid once in a while, then you better stop wearing the kook. I realized she was right."
In this case, kook is the equivalent of Man Repeller wear and while she may be right, I reiterate my point once again: sex shmex...furry jumpsuits! Full skirts! Ankle socks! Brogues!

A couple days ago, she was perusing past RTW shows on Style.com while simultaneously tweeting at me. The outcome was choc full o'LOLz, so here I document the chronicles of the brainstorms Courtney Love's head exerts onto her. She may or may not have missed her calling as my co-writer. I don't mind running a one man show though. I am quite a man...
...Exhibit B, RT @CourtneyLoveUK oh no! sjp is running Halston and this is the result? sexxxxxxxxy 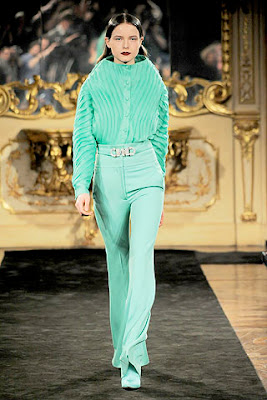 There is something to be said about Carrie Bradshaw SJP's affinity for Man Repelling, but that aside, how can someone hate on this! She's emulating a mint Milano cookie.

✁✁✁✁✁✁✁✁
...While I'm no math wiz I can attest that getting street style photographed = your outfit is man repelling. You may not be able to see, but the crotch on my utility pants is pretty stinkin' low. Every time I walked on this day, I felt my thighs uncomfortably rubbing against one another. They were crying, "please, we just want some proper pants." I thought about lending more respect to my body but at this point I don't even know where my real crotch is anymore... 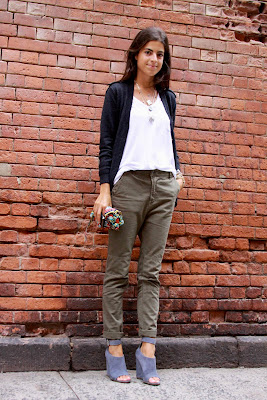 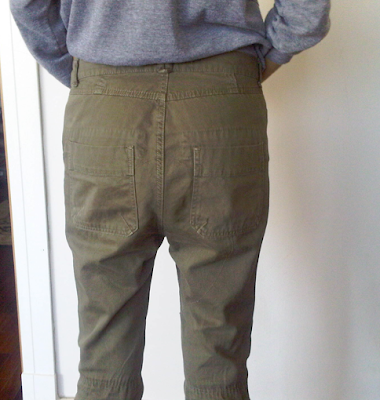 ...I'll quickly conclude saying this: if you're thinking "what a silly hermaphrodite, she looks so cool, how is that a Man Repeller? Ask yourself this: Am I a woman? A fashion forward man? Maybe a gay one?" If you are any of the above three, thank your artistic eye and move along.
☟
Pointing out Fashion Absurdities with fervor and wit, Leandra Medine (The MR) makes me feel totally inadequate. The way she connects fashion and celebrity with assessment is so entertaining. Maybe she would consider being my BFF, and we could spend hours lunching and shopping in the Meatpacking district while dissecting the specimens.